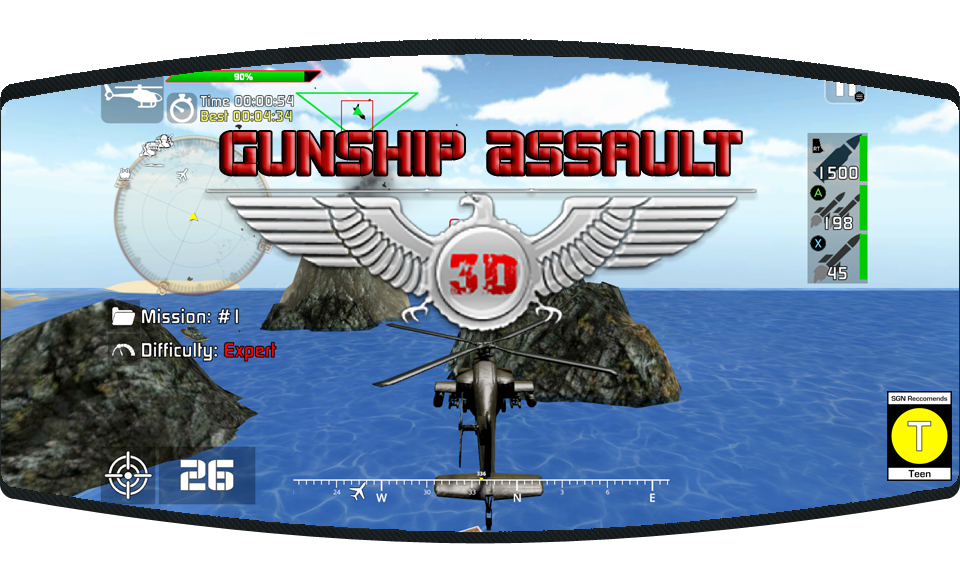 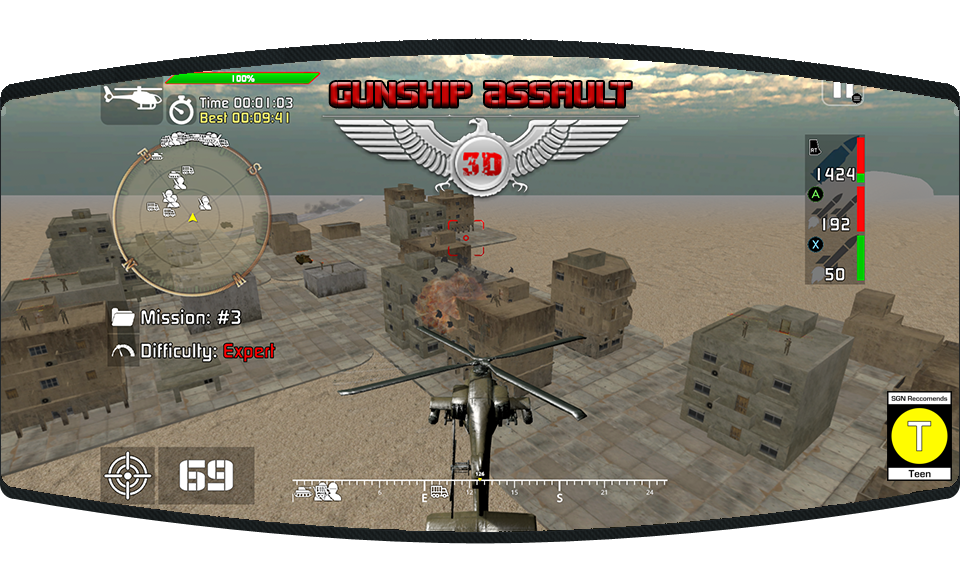 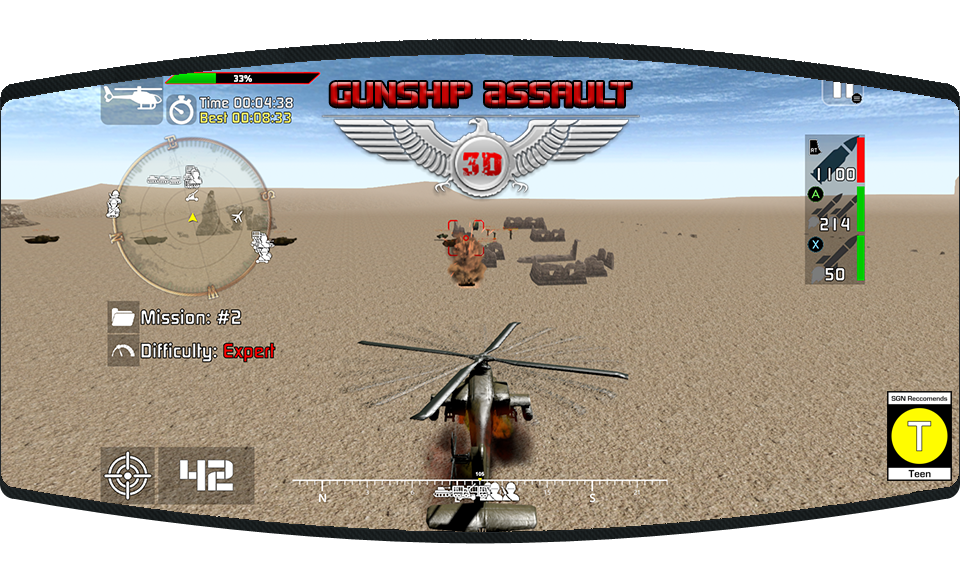 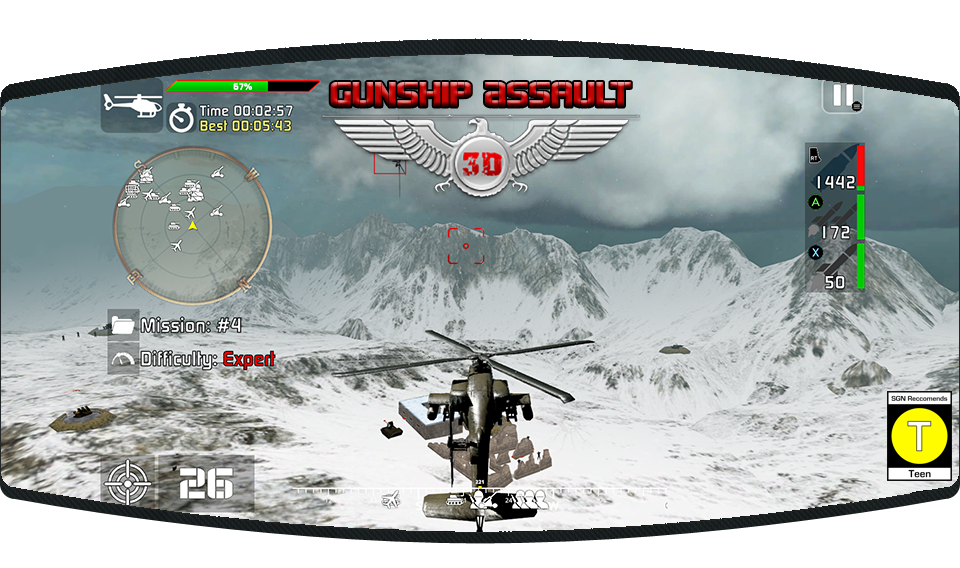 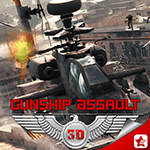 You're piloting a gunship helicopter on a mission to destroy enemies targets and craft. Watch your radar and long range scanner. Identify targets to destroy to complete your mission. Scout out enemy convoys traversing the terrain. Be on the look out for enemy aircraft such as fighter jets, drones, and even enemy gunships. We are counting on you!

The action is fast and furious. Take charge as you're at the controls to complete these important missions.