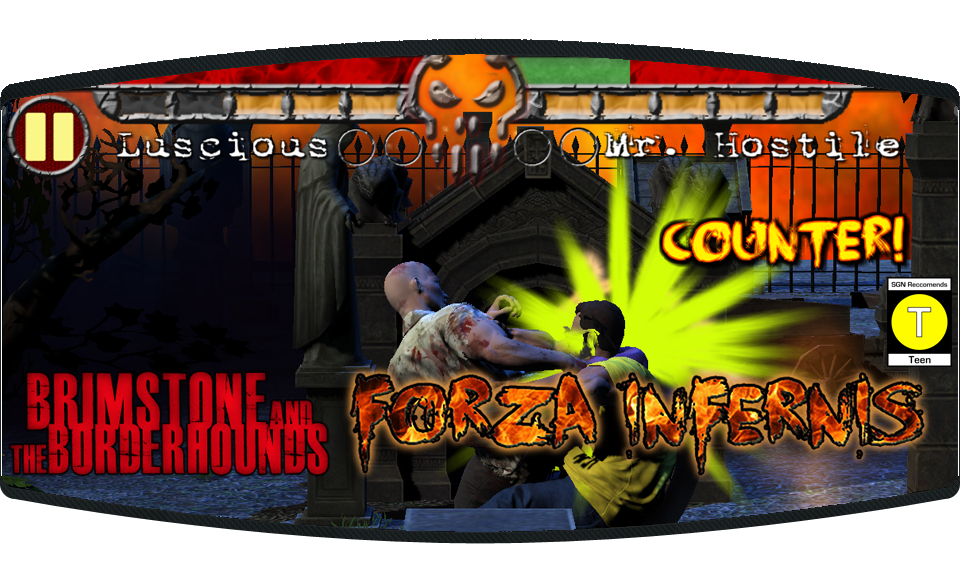 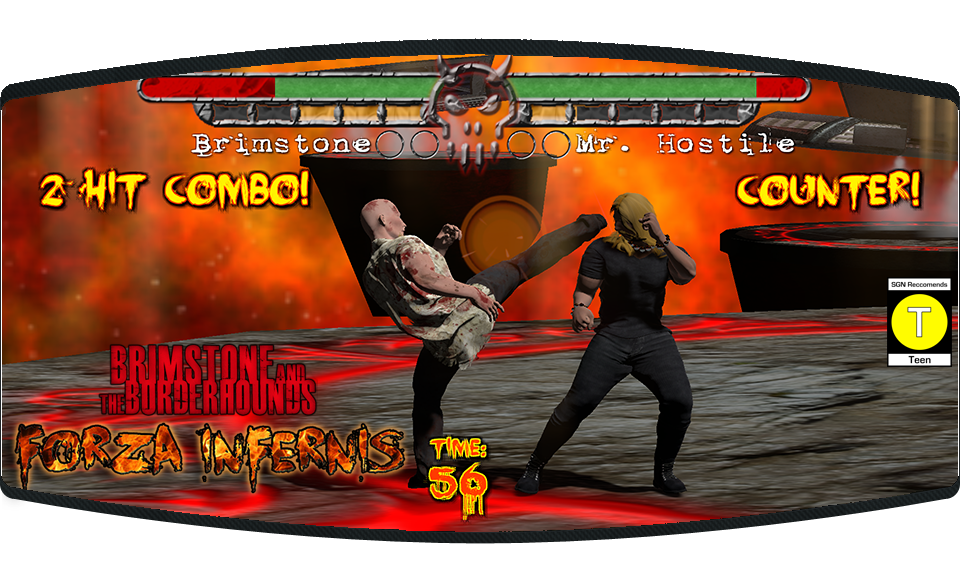 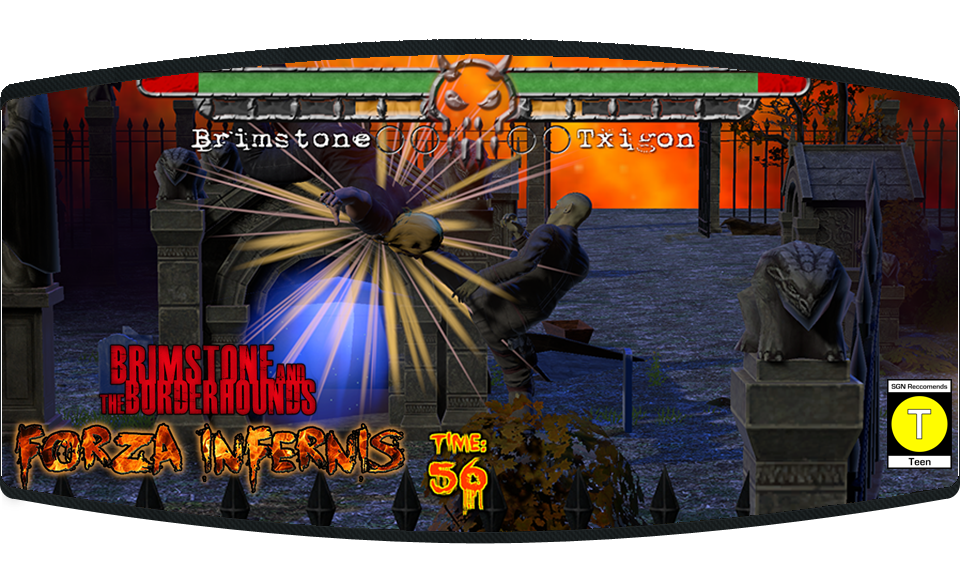 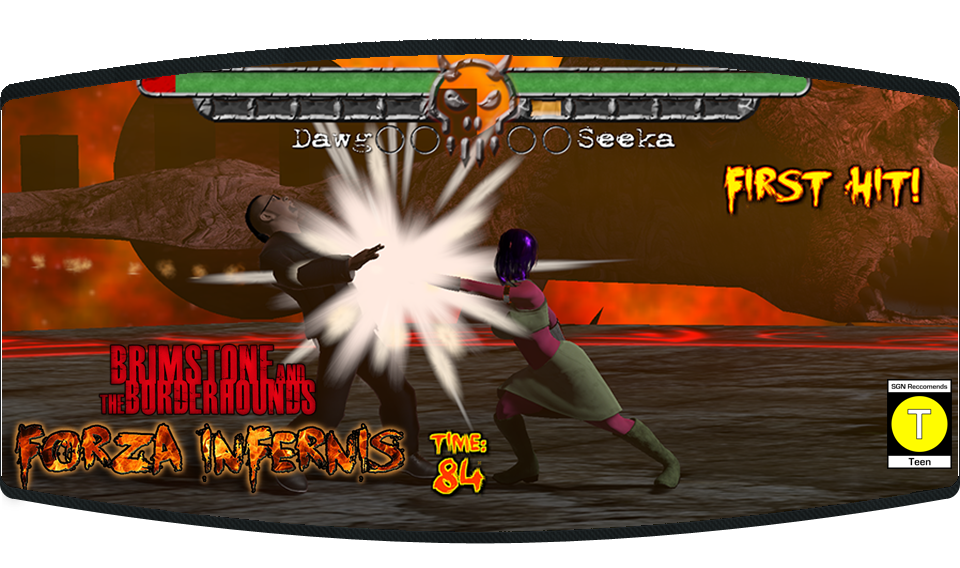 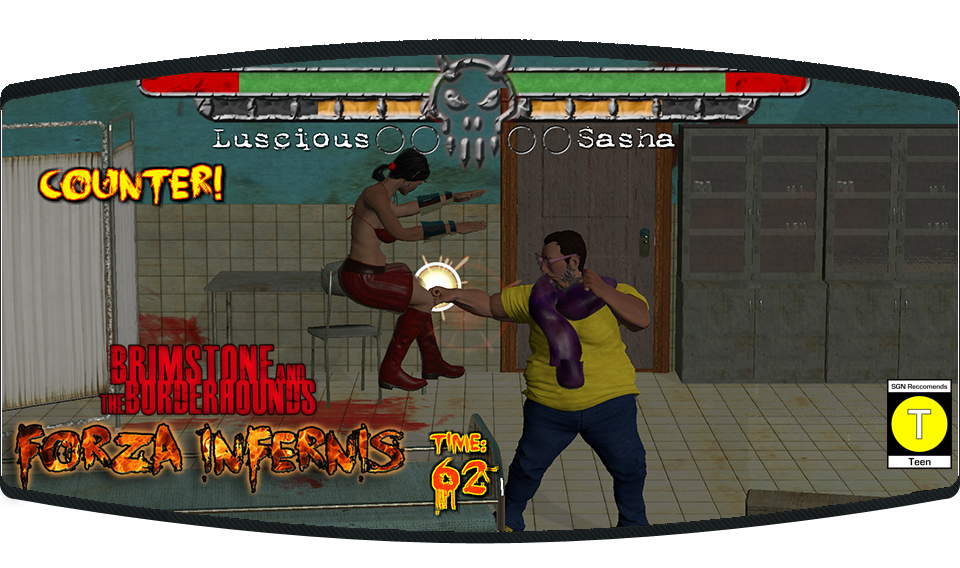 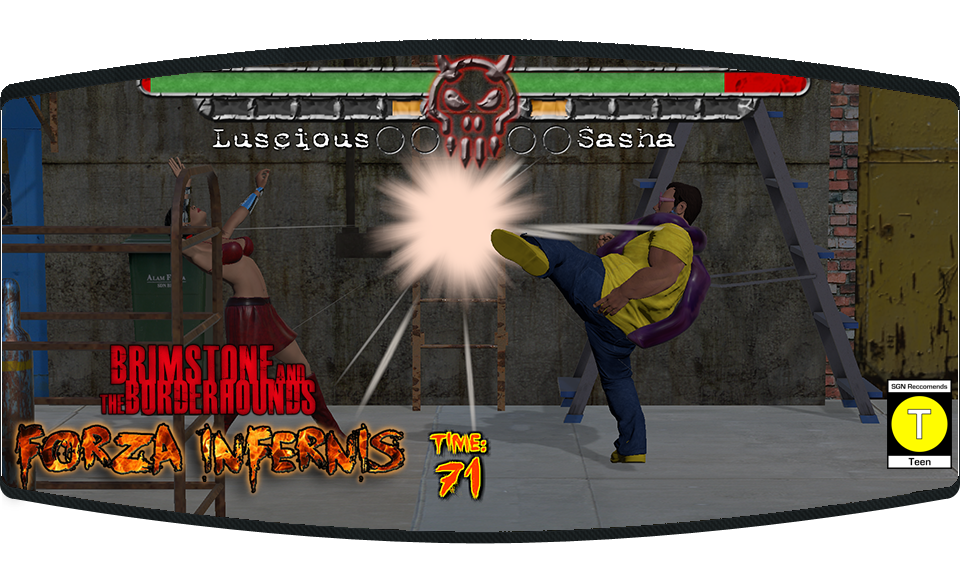 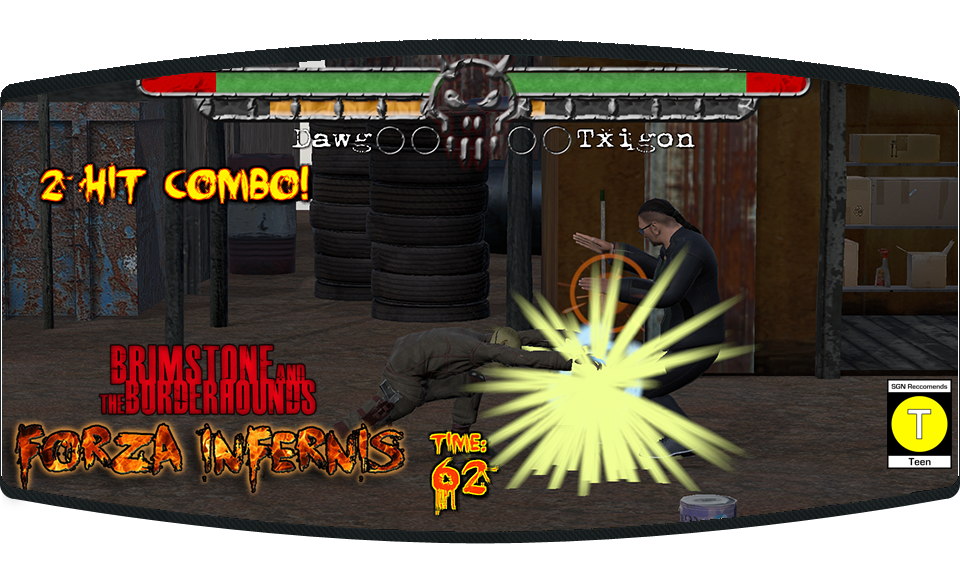 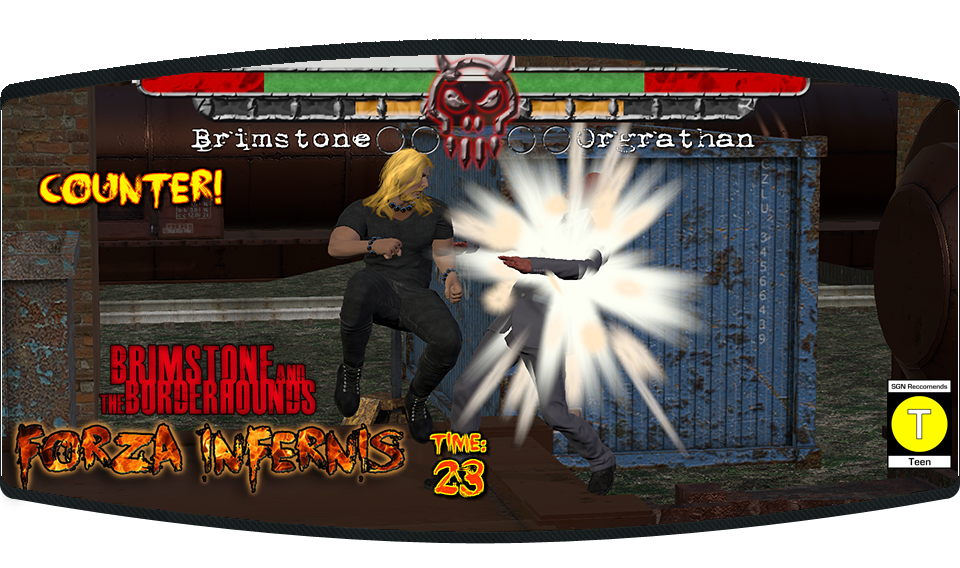 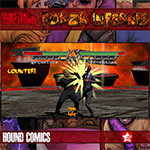 Brimstone and the Borderhounds train to win and now you can help them! Based on the characters from the popular comics, Forza Infernis features arena style one-on-one battles between the Borderhounds and their enemies in an extraordinary 3D experience.

Experience the excitement of the first issue in Story Mode. Each chapter of Story Mode features story right from the comic. A whole new way to relive the comic for fans, or become a fan from playing!

Just looking for a fight? Versus mode is perfect for just that. Individual fights where you choose the fighters and arenas. Relive epic battles or create fights that would not exist in the Borderhounds world.